I would like to highlight one of the events of the summer and tell you a little bit about it. It was a great honor for me to be able to play music at the Sziget Festival, one of the best known and largest light music and cultural events in Europe. I think it’s a huge thing in every DJ’s life, so of course it was mine too!

The swirling atmosphere of the Sziget Festival was immediately captivating, it is not a coincidence that it is a big event of our country, which is too small in seventy-seven countries, because the atmosphere there is indescribable! Lots of hilarious gazes, smiling faces, raging-partying crowds, better-than-better concerts, quality technology, extra visuals, professional lighting, world stars, and more? It really is a separate world, and when you cross the entrance to the island, you too become a part of Wonderland!
In light of the great atmosphere, I couldn’t wait to get on stage and play music for those who wanted to party. I was able to spin better and better music in the EDM style on the stage of the Blues pub.

It was a great feeling that walkers and style lovers stopped near the stage, then ventured closer and closer and then threw themselves into the party! It was good to see how much EDM brought the fans of the style together!

It was an experience of a lifetime for me, so thank you all afterwards to the unknown, with whom we had a super atmospheric party at the Festival on August 12th!

I hope that in the future I will have the opportunity to be among the performers of the Sziget Festival and have a huge party with you!

The DJ team of the Event consists of professionally and eberily excellent colleagues. More than 1,000 weddings have been done in recent years. Our goal is to show what quality, professional attitude and commitment are. We believe in providing a full range of services, at a high standard, without compromise. Therefore, we have devoted our resources to providing the best sound and spectacular lighting technology on the market. In addition, we can provide a number of extra services that improve the atmosphere of the party and raise its standard.

Anthony Costas Paraskeva
2022-08-31T12:41:55+0000
We had a blast during our wedding and the music massively contributed to this experience. DJ Feree has taken care of... the outdoors and indoors sound system, he did a brilliant job during our ceremony, he played all the songs we requested before the big day and brought the best tunes during the night. The cold fireworks made our first dance extra special. We had a lot of English speaking guests as we are a Hungarian/British couple, but DJ Feree made the day and the lead-up to the wedding so easy. He was very flexible during the initial meetings. All of our interactions with him were fantastic. He kept the party going throughout the night and worked well with the other providers. He even recommended us the best selfie mirror we have ever seen or used. We had so many compliments and will forever be grateful for contributing to the best day of our life! Kriszti & Anthonyread more

I work with an excellent photographer / videographer on my performances. If you order him with me, you can get a significant discount

Are you thinking of a modern and spectacular opening dance? Grab a 20% Off from me and see what great opportunities await you here.

PARTY AND HOLIDAY WITH US! 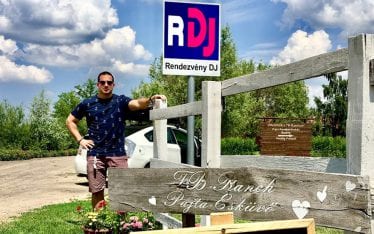 Such is a Barn Wedding // Party at TB Ranch
It's a very characterful and promising name on first hearing - we thought ... ? span> ? Well, in the preface, all we could say is that the venue surpassed... 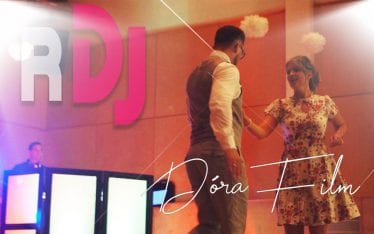 The rDJ is on stage – Small staff, big party!
We arrived straight from Nyíradony for Cintia and Daniel's wedding after a delicious "brunch". The day before, we also had a classy wedding at a venue called TB Ranch. The... 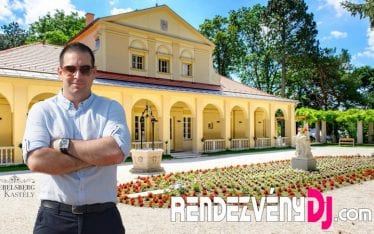 Wedding DJ Party in a Castle
The castle is considered one of the five most important cultural and historical complexes in Hungary. Count Klebelsberg Kuno, Minister of Culture, lived here. "Today, the Hungarian house can be...